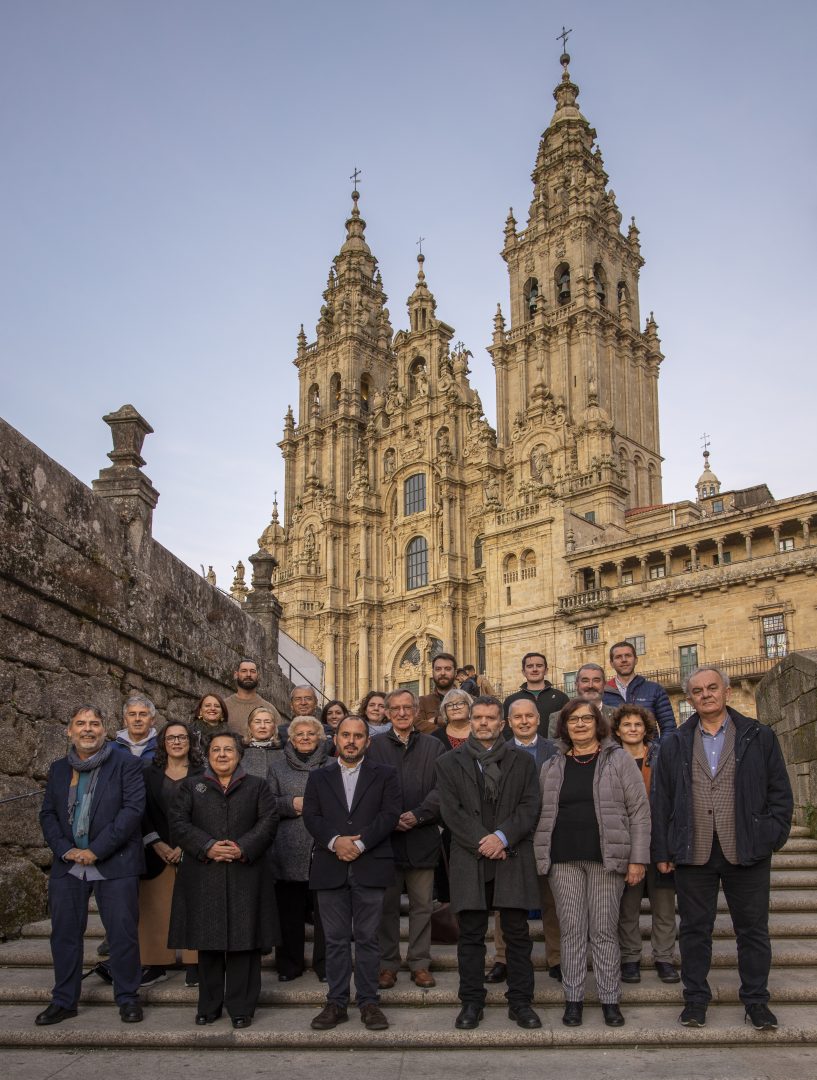 Conference ELEN Minority languages
8 December 2021
ELEN member organizations from across Europe gathered in Santiago de Compostela, Galiza, over the weekend of 12-13 November for ELEN’s annual General Assembly, hosted by A Mesa pola Normalización Lingüística in the splendid surroundings of the Museo do Pobo Galego. The meeting was held using a hybrid format with many members, speakers and observers participating online, and A Mesa provided interpretation from Galician to English, English to Galician, English to Breton and French.

Elin Haf Gruffydd-Jones had been nominated to stand for President by the membership and was voted in unanimously to warm applause.