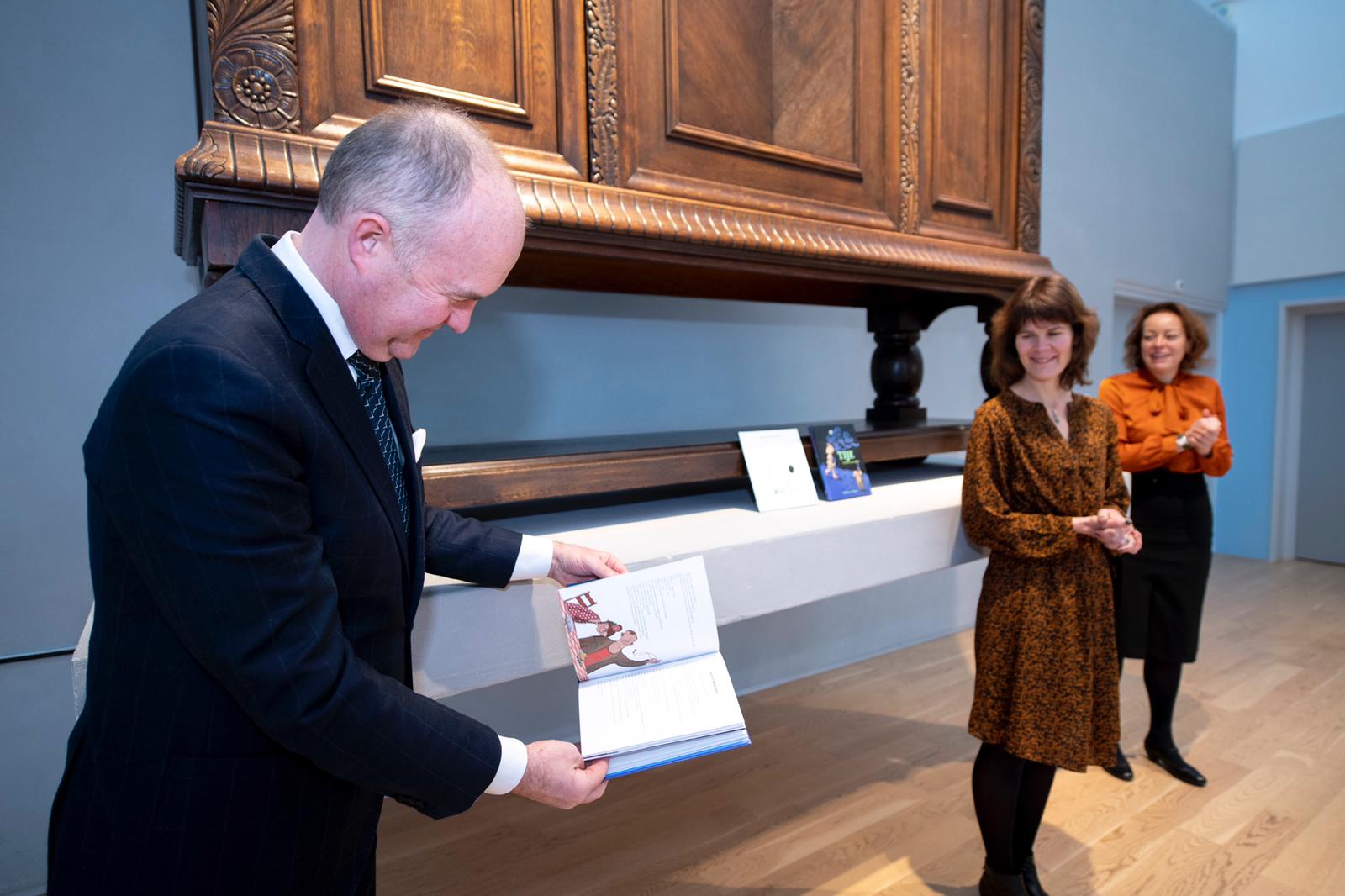 The Faroe Islands and Fryslân

Fryslân maintains ties with various regions through the NPLD (Network to Promote Linguistic Diversity). This is how Arno Brok’s first foreign working visit as King’s Commissioner took him to the Faroe Islands in March 2019 to strengthen cultural and economic ties with Fryslân. At a meeting with Hanna Jensen, Faroese minister of culture and education where Niels Jákup Thomsen from Bókadeild Føroya Lærarafelags was also invited, the idea of a book-swap was launched. Commissioner Brok immediately saw the possibilities.

At the beginning of April last year, at the children’s book fair in Bologna, publisher Ernst Bruinsma from Afûk contacted publisher Niels Jákup Thomsen for the first time. He also met the writer Bárður Oskarsson there. The conversation was continued at the Buchmesse in Frankfurt, where the agreement was made to publish a book by each other. De Afûk chose the award-winning book “De Beam” and Thomsen and his team chose “Tije” from a series of children’s books that were offered to him. What is special about both titles is (also) that the writers are multi-talented and have made the illustrations for their books themselves.

Ernst Bruinsma: “I immediately felt a click with this publisher and the colleagues there. The company has a lot in common with the Afûk and focuses entirely on children’s books. Such good contact is indispensable for making agreements in the international book world. And it shows that we from Friesland must continue on this road to make the Frisian literature known beyond our borders.”

The picture book “De Beam” by writer and illustrator Bárður Oskarsson (Tórshavn, 1972) is about two friends, Bob and Hilbert. Bob, the rabbit, wants to know what’s on the other side of the tree. His friend Hilbert knows, he has already seen the whole world, he says. But whether Bob should believe all that? Oskarsson was the winner of the Nordic Council Children and Young People’s Literature Prize 2018 and his books have been translated into Danish, Norwegian, Swedish, English and German, among others.

“Tije” by writer and illustrator Mirjam van Houten (Beetsterzwaag, 1977) is a reading book for middle school children about the little boy Tije who has to move from the countryside to the city. He is concerned about whether he will make friends there. In the city, Tije gets a very special friend, but is everything going well? “Tije” was released in 2016 and was the debut of Mirjam van Houten. The book was nominated for the Simke Kloosterman Priis for Frisian children’s and youth literatuer and received a place on the IBBY (International Board on Books for Young people) honors list of 2018.