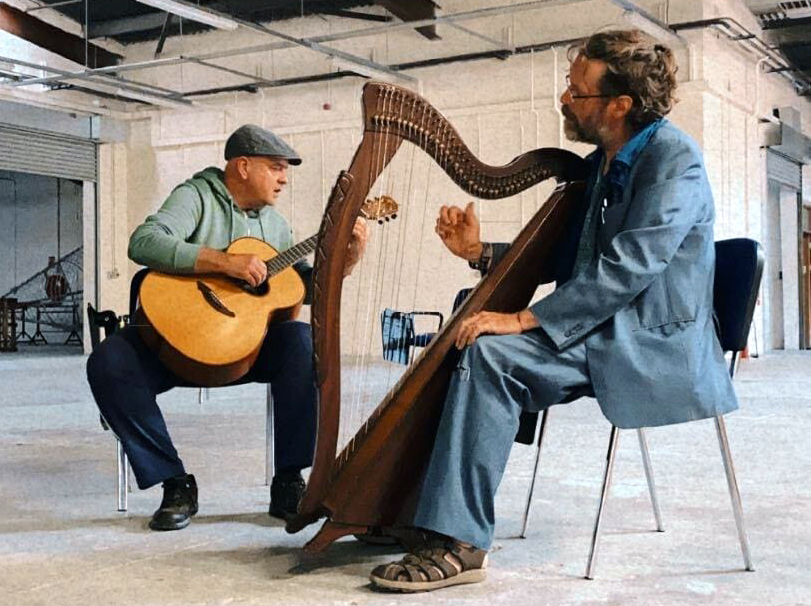 About Frisian Boeken fan Fryslan Leisure Literature Minority languages
7 September 2020
Writer Anne Feddema is participating in one of the projects of Galway, European Capital of Europe 2020. The play is called Óró. It's Gaelic, but what does it mean? “It's a cry, a kind of encouragement. It also features in a famous Irish rebel song,” Feddema explains. Wendy Kennedy spoke to Anne Feddema: "At the end of the day, I am completely exhausted". Nevertheless, he wouldn't miss this for the world. Feddema is one of the ten participants in the project. All artists come from areas with a minority language and everyone works in their own language. Like Basque, Scotisch-Gealic, Frisian and of course Irish-Gealic. “Amongst the artists are some really big names, such as Liam Ó Maonlaí,” tells Feddema. "According to Bono from U2, that's the biggest soul singer in the white world." Furthermore, all disciplines are covered, such as music, poetry, visual arts and dance. "We try to bring a large part of the performance without language, so we also portray things, make music and dance." Dancing Feddema is familiar with different disciplines, but dancing isn't one of them. "It's not like I'm dancing in my studio." Yet he goes all the way. It started with digital dance lessons via Zoom. “We just did it. I was dancing in Fryslân, the other one in Dublin. I do wondered then: what will this be? Is it all about dance? ” He thinks it's tough. “We work long hours. At the end of the day, I am happy to be in my room. I have sore legs from dancing!” Read the rest of the interview (in Frisian/Dutch)